Vision Problems Can Happen After A Concussion 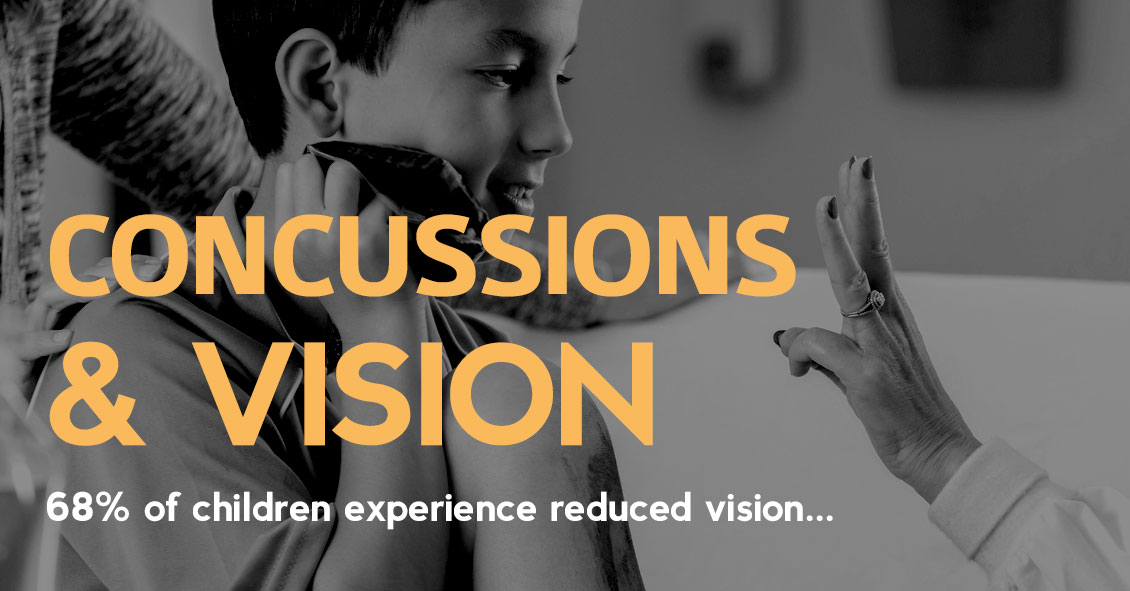 The Centers for Disease Control estimates that more than 1.6 million people in the United States suffer a concussion - or traumatic brain injury - every year, and vision can be affected.

The rate of childhood TBI visits to the emergency department more than doubled between 2001 and 2009, making children more likely than any other group to go to the ER with concussion symptoms.

There also are multiple visual symptoms that can occur with a concussion, either initially or during the recovery phase.

Visual symptoms after a concussion include:

Most people with visual complaints after a concussion have 20/20 distance visual acuity so more specific testing of near acuity, convergence amplitudes, ocular motility and peripheral vision must be done.

In a study done at the Minds Matter Concussion Program at the Children's Hospital of Philadelphia, patients with a concussion diagnosis underwent extensive vision testing, which assessed symptoms, visual acuity, eye alignment, near point of convergence, vergence amplitude and facility, accommodative amplitude and facility, and saccadic eye movement speed and accuracy.

Difficulties with accommodation and convergence make it very hard to read for any length of time, with blurring and fatigue and then loss of concentration occurring after a fairly short period of reading time.

For the majority of people suffering a mild to moderate TBI, most of these symptoms resolve in one to three weeks but in some they can persist much longer.

If your visual symptoms after a concussion persist past three weeks, a visit with an eye care specialist is recommended. There may be several options to help improve the symptoms with either prescription eyeglasses or prisms to assists the two eyes to focus together.