My New Glasses Aren't Working for Me 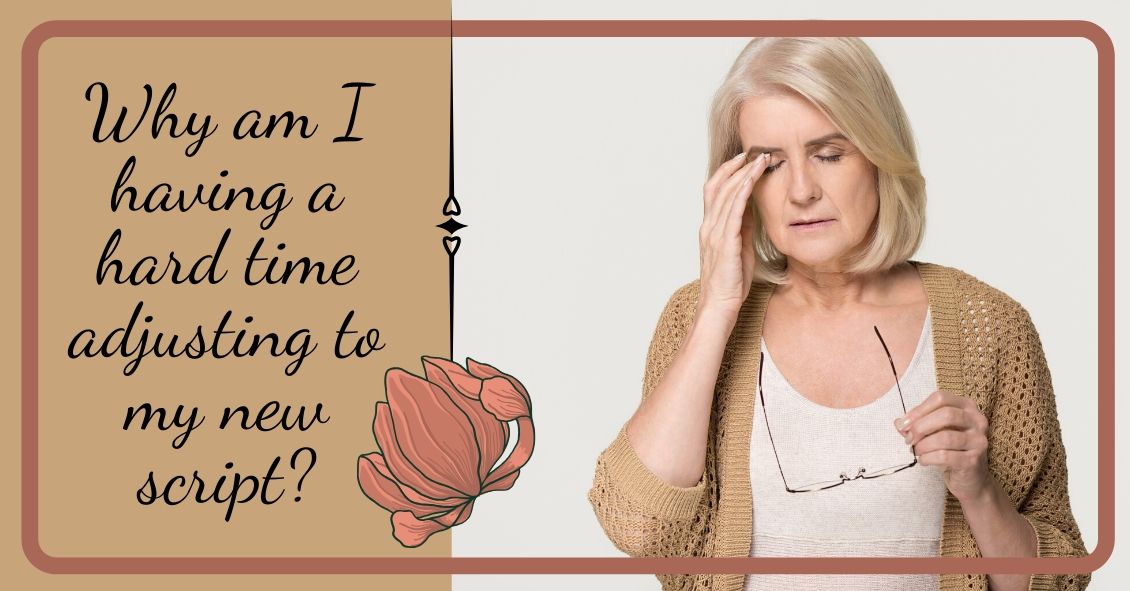 Eye doctors typically pride themselves on being able to improve someone’s vision through glasses or contact lens prescriptions. Whether it’s a first-time glasses wearer, or someone having either a small or large change in their prescription, we like to aim for that goal of 20/20 vision.

Despite our best efforts, however, correcting vision to 20/20 is not always a positive outcome for the patient. Whether someone will be able to tolerate their new prescription is based on something called neuroplasticity, which is what allows our brains to adapt to changes in our vision.

You or someone you know may have had this happen: Your vision is blurry, so you go to the eye doctor. The doctor improves the vision, but when you get your new glasses, things seem “off.”

Common complaints are that the prescription feels too strong (or even too clear!) or that the wearer feels dizzy or faint. This is especially true with older patients who have had large changes in prescription, since neuroplasticity decreases with age. It is also more likely to happen when the new prescription has a change in the strength or the angle of astigmatism correction. Conversely, this happens less often in children, since their brains have a high amount of plasticity.

Quite often, giving the brain enough time to adapt to the new vision will decrease these symptoms.

Whenever a patient has a large change in prescription, I tell them that they should wear the glasses full time for at least one week. This is true for both large changes in prescription strength, as well as changing lens modality, i.e. single vision to progressives.

Despite the patient’s best efforts, though, sometimes allowing time to adapt to the new vision isn’t enough, and the prescription needs to be adjusted. Even when someone sees 20/20 on the eye chart with their new glasses, if they are uncomfortable in them even after trying to adjust for a week then we sometimes have to make a compromise and move the script back closer to their previous script so that there is less change and they can more easily adapt.

In conclusion, adapting to a new prescription can sometimes be frustrating. It does not mean there is anything wrong with you if you have difficulty adjusting to large changes in a prescription. With a little patience and understanding about how your brain adapts to these kinds of changes, your likelihood of success will be that much higher.